... Oh Great, a few lamps are only hanging by a wire and I forgot to bring my sleeping helmet

This reminded me of one time when I was staying at my brothers apartment in Prague I plugged my US transformer for my iPod into the wall outlet and blew the electricity for the entire building and Police Station.

The Cistern underground below our room dates back to the 6th century. About the size of two football fields. 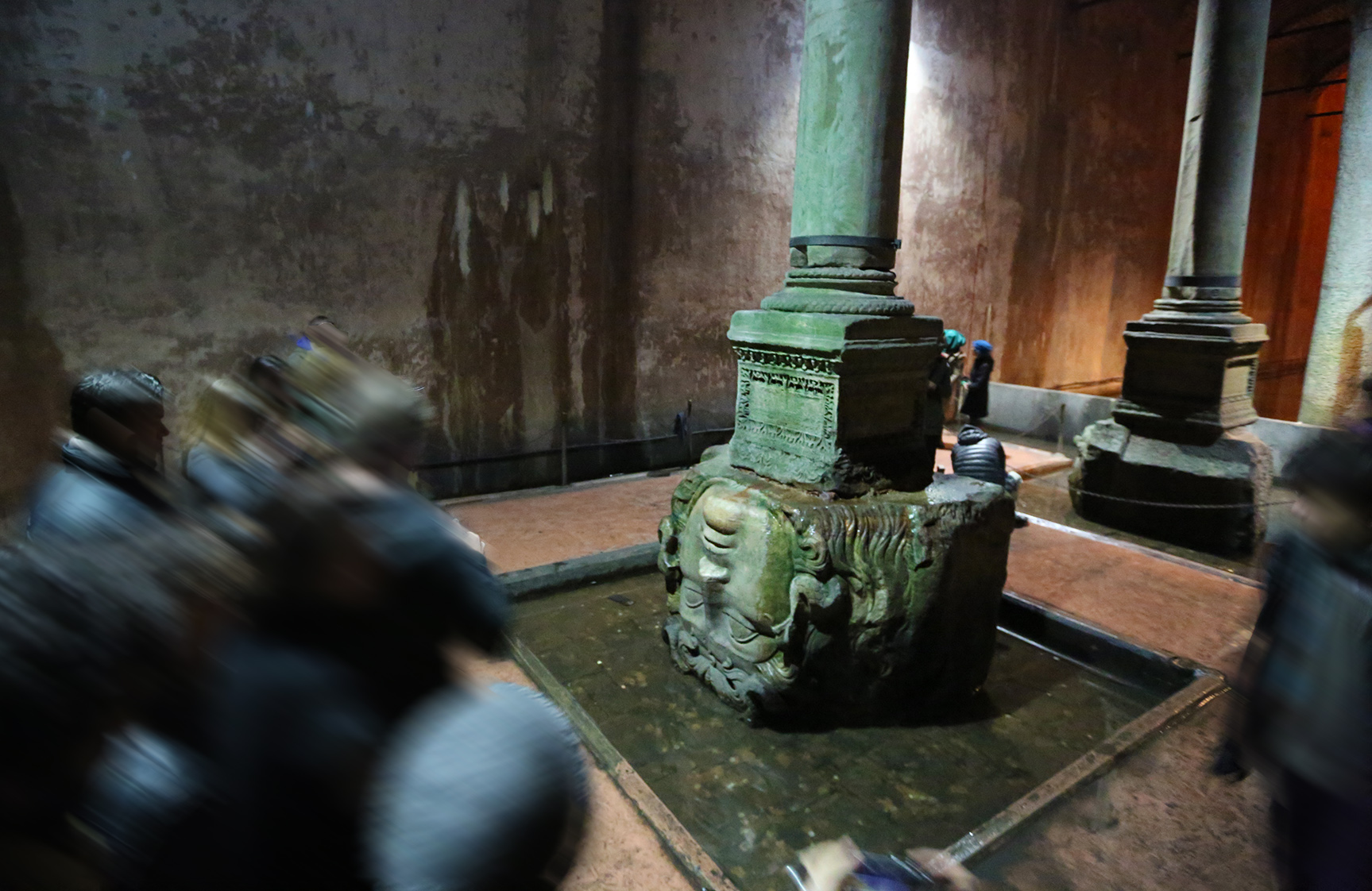 lying about in the old Cistern were these Medusa head blocks from bygone Roman days. Some architect decided to recycle the for pillar supports.

Some dude triggered the fireworks 10 minutes early ... mostly of the fizzling out type.

for only 15 Turkish Lira you too can get your very own case of nausea ...

Now this is one lovely sewer manhole I wish I could bring home in my checked baggage.

Alright...Surveyor time ... this here is a surveyors mark.

...and this is a Turkish Initial Point. Miliarium Aureum. (Golden Milestone) The Byzantines considered this point the center of the World 1500 years ago. It showed the distances to various points within the empire. You can see where the elevation of the ground used to be compared with time present.

Galata Tower across the Golden Horn

Hagia Sophia, was a church...then a mosque... now a museum

The architects of the Blue Mosque had the gall to install 6 minarets pissing off the clergy at the central Mosque in the City of Mecca. So the Sultan of Mecca not wanting to be upstaged had a seventh one built.